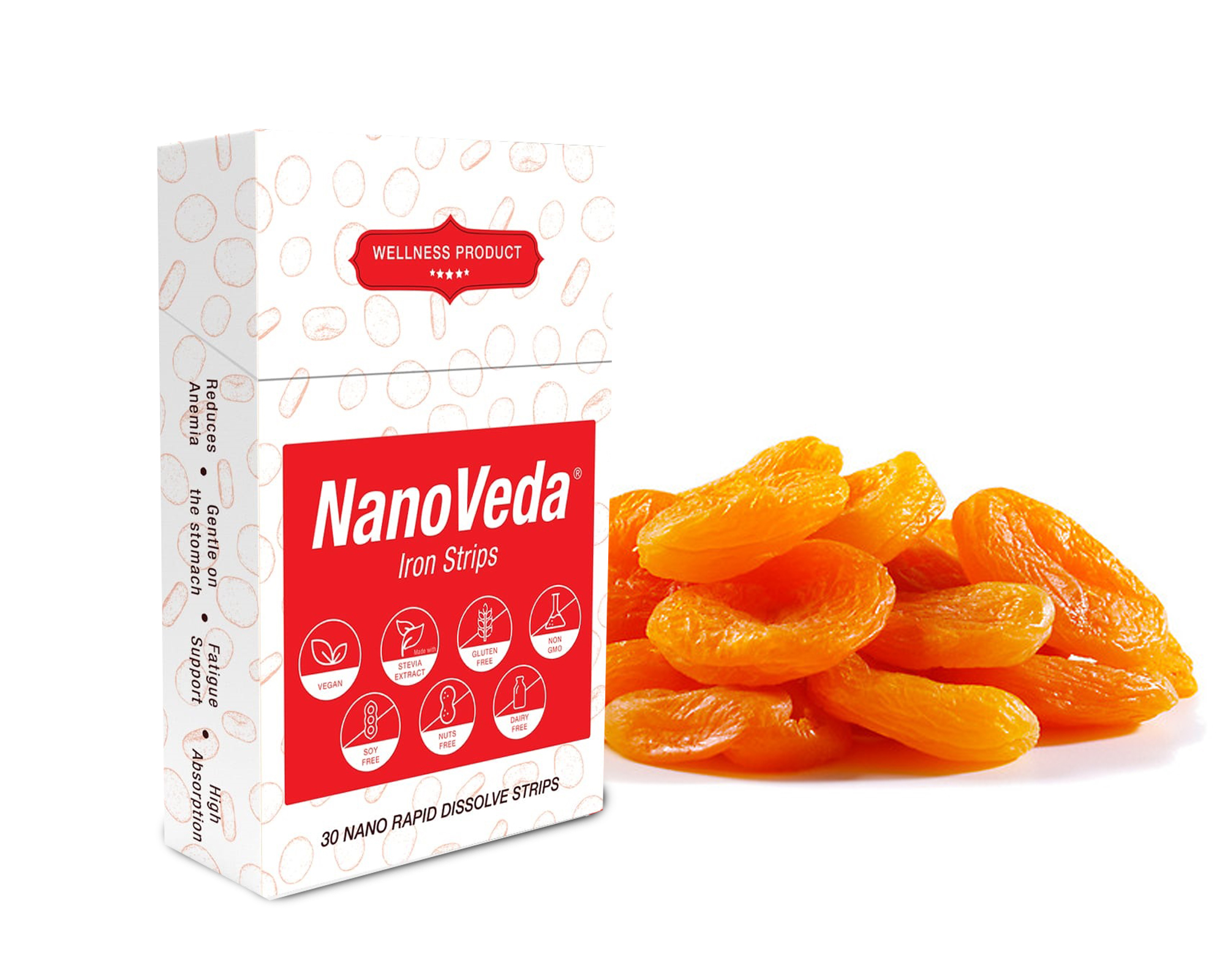 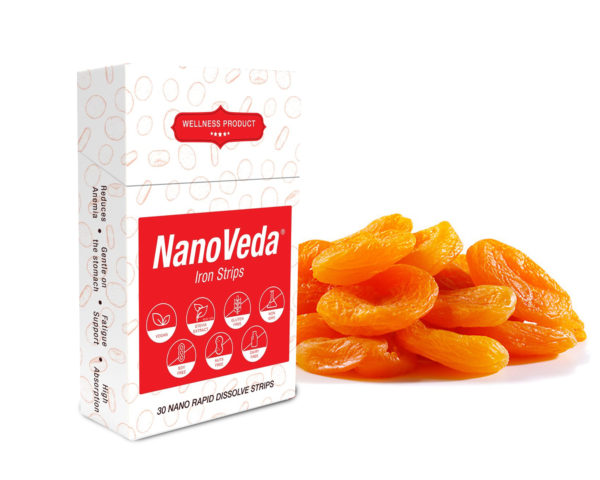 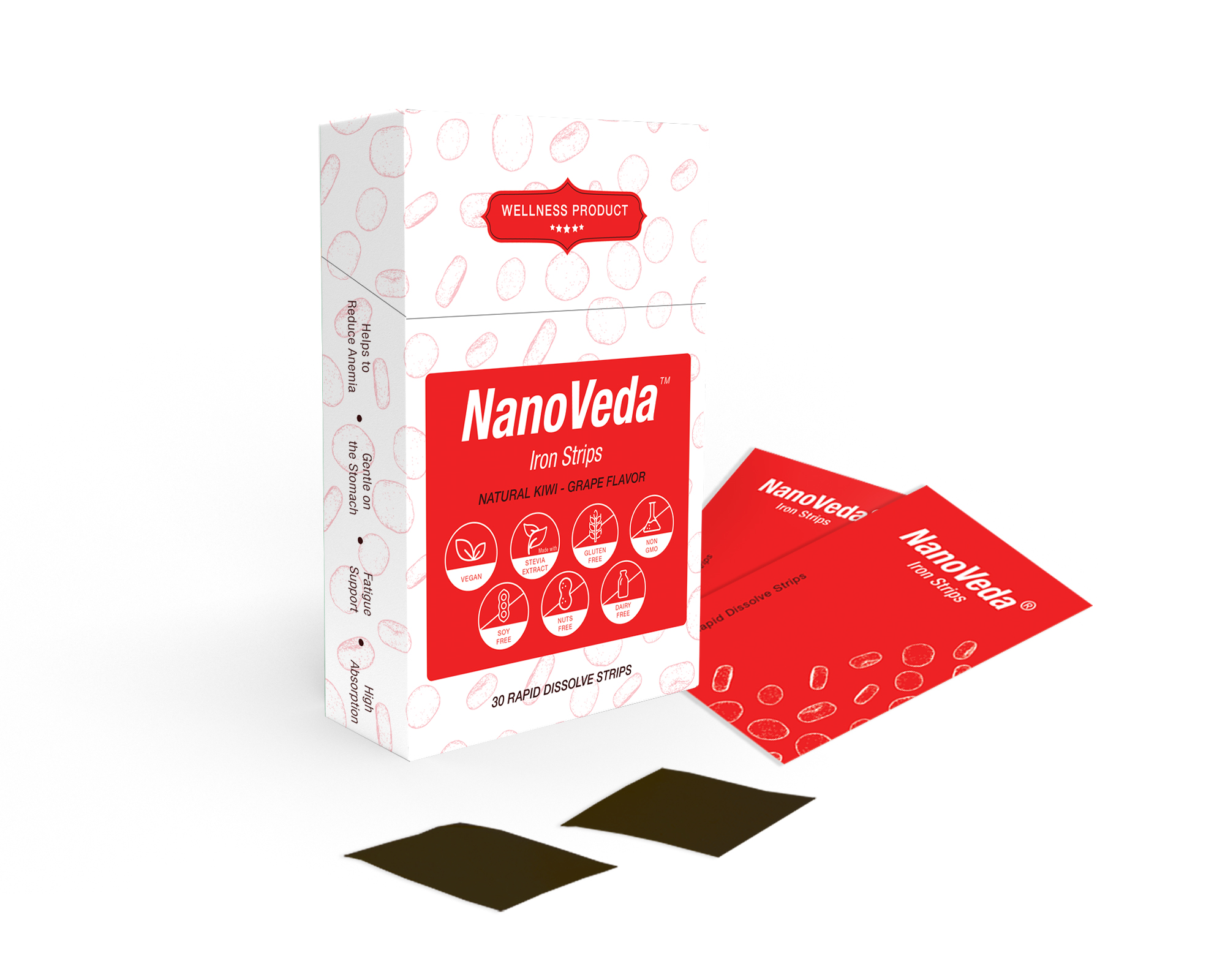 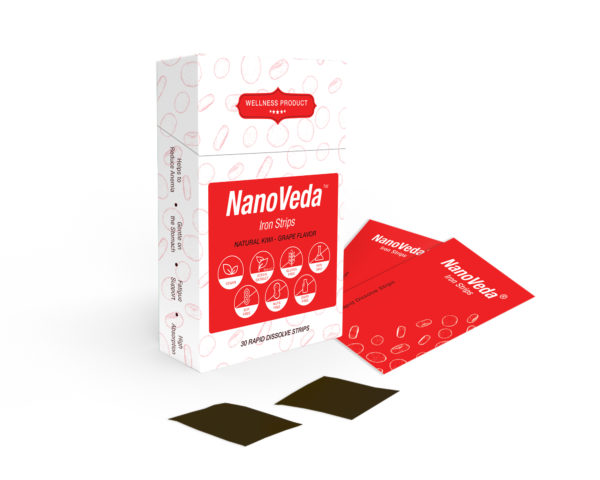 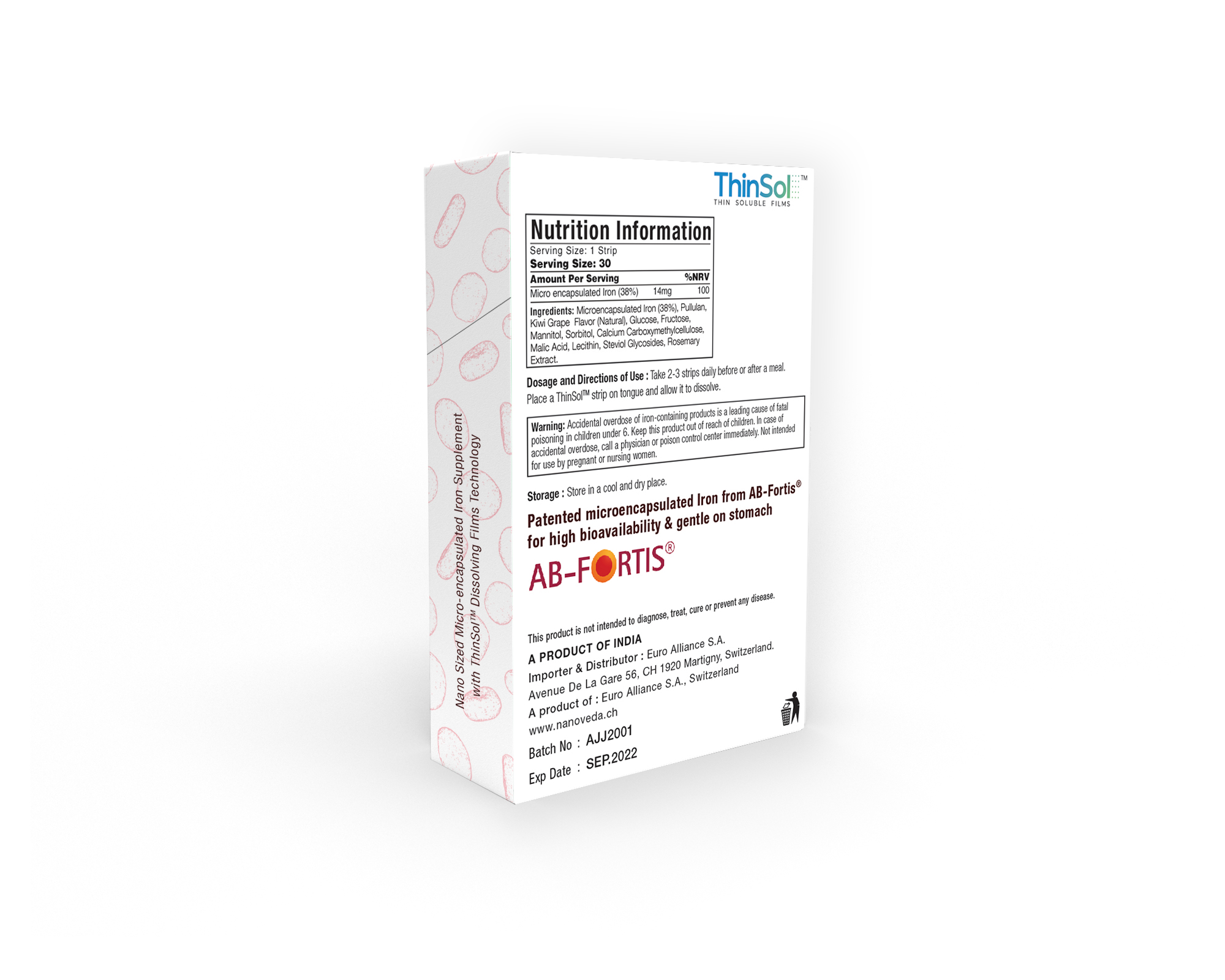 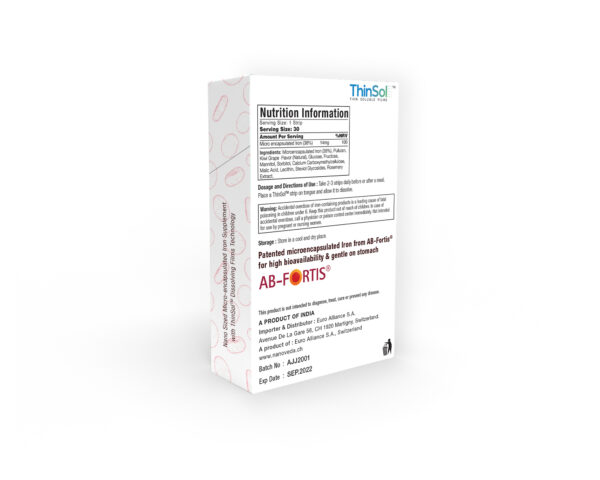 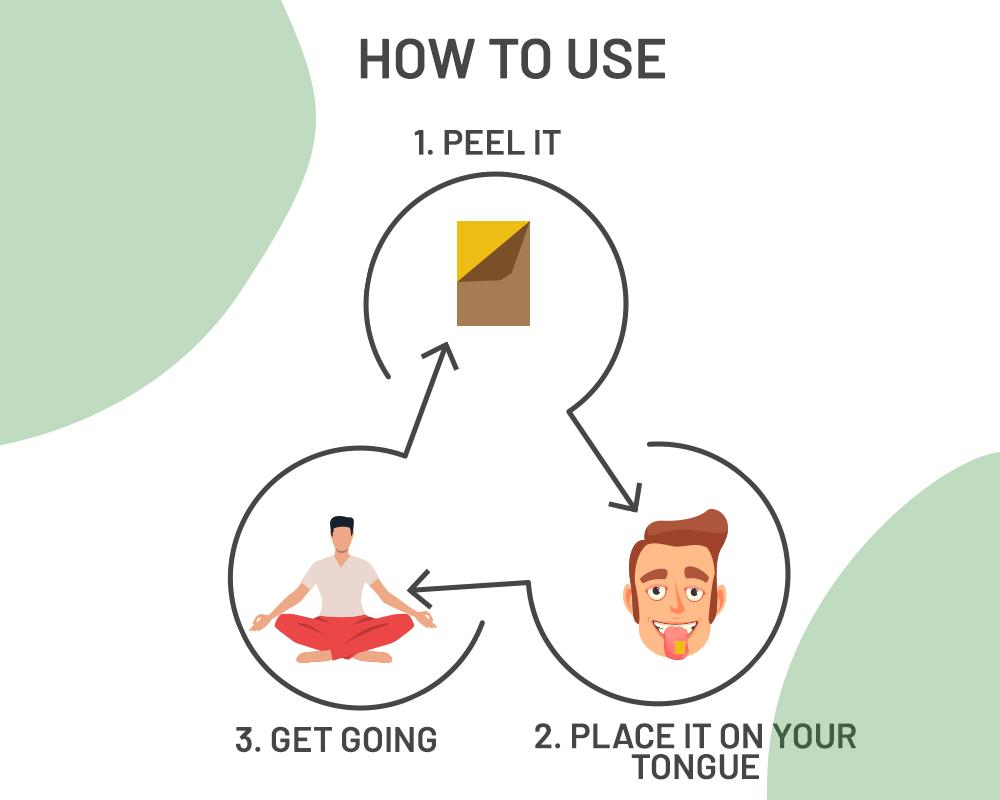 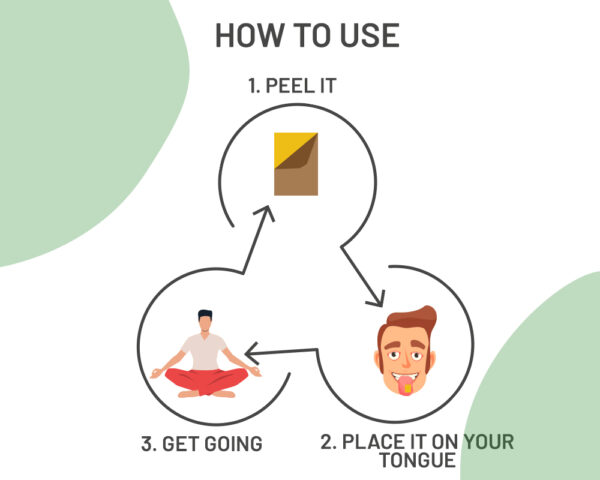 Recommended Use: 30 Mins after meals

Since ages, iron is known to play an important role in maintaining the health of a person. It is an essential element required for a wide variety of metabolic processes, such as transportation of oxygen, DNA synthesis, and electron transport.

When the dietary intake of iron is insufficient or when the iron stores are exhausted the production of hemoglobin is impaired resulting in low levels of red blood cells, iron deficiency anemia, iron deficiency without anemia, nutritional deficiency, and some chronic inflammatory conditions. To improve such conditions, iron supplements are given through various routes, such as oral, intramuscular, and intravenous routes.

NanoVeda Iron Strips help to reduce anemia and prevent fatigue, without causing any undesirable effect on the stomach. More importantly, it has a high absorption rate which is usually not possible when iron is taken through food and other nutritional supplement forms.

There are no reviews yet.

Only logged in customers who have purchased this product may leave a review.